China: Getting from Yangshuo to Getu 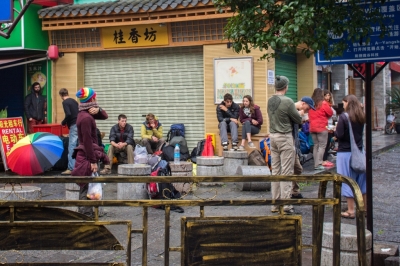 Chinese railway stations:
They are kinda similar to an airport. When you enter the railway station, your ticket and ID will be checked. Followed by a x-ray of your luggage and a metal detector for you. But there are no restrictions to 100 ml of liquids or anything like that. Then you need to wait in the waiting area of your platform. Make sure you get to the railway station 15min prior to departure.

As our bus driver overslept, we did not make it in time to Guilin. We were running into the waiting area, arriving at the gate three minutes prior to departure, but the train did already leave.
We could then change the tickets for the next train. For free! And did not have to pay for the bus, as it was his fault that we missed the train. 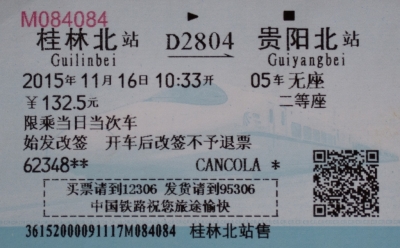 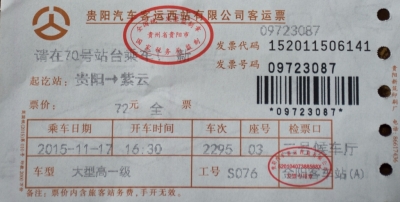 If there are enough people, you can take a minibus for 13 RMB/person. But if there are only the two of you, arriving at 18:30 you will have to take a taxi for 100 RMB.

No images found!
Try some other hashtag or username